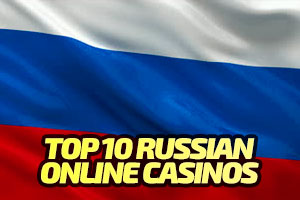 Loading... Gambling has turned into one of the greatest policy problems for Russian Government since the beginning of the 21st century because of the rapidly increasing number of slot machines and gambling houses. Casinos started spreading all over the country, which caused a great concern for the local authorities, which were worried for the younger population.
Flag of RussiaCurrently, gambling in Russia is legal in several regional subject areas. A few years ago – in 2009 – it was proclaimed as illegal in the rest of the country’s territory as part of Russia’s strict anti-gambling policy.
The authorities in the country have actually never supported web-based gambling activities, which became a reason why players’ access to poker-related websites has been blocked literally without an apparent reason.

History of Gambling Regulation in Russia

All forms of gambling were officially prohibited in 1928 and over the time when Russia was put under Soviet Rule. This lasted until almost the end of the 1980s, when some rules underwent through a change. In 1988, the country made slot machines legal in some areas only. The gambling prohibition was fully lifted in 1989.

In the period between 1989 and 2002 it was a time of a sharp increase in the number of casino operating on the territory of Russia, with over 50 gambling houses being run in Moscow alone. This type of entertainment became more and more popular among local citizens, but the country’s regulation was relatively poor, which made the country’s Government take urgent measures to control the activity.

This lasts until 2006, when a law that banned all forms of online gambling in the country was passed by the Russian Government. Until then, local customers were provided with access to most gambling websites.

In 2009, gambling was legalized in a total of four zones of the country: Kaliningrad Oblas, Altai Krai, Primorsky Krai and Krasnador Krai. The status quo lasted until three years later. In 2012, the online gambling ban in the country was brought one step further thanks to a ruling of the Supreme Court of Russia, which stated that online gambling providers’ websites must be blocked in the country.

The Roskomnadzor – a list that states all the websites proclaimed as illegal by the Russian Government – was made public later in 2012. The list includes detailed information about a number of domains held by international gambling operators. This led to some of the largest names in the industry to shut the access to their websites for Russian customers, but other operators still provide their services in the country.

There was a total ban over gambling back in the USSR, after which gambling restrictions were a bit loosened, especially in the areas that were frequently visited by tourists. An increasing number of casinos and betting houses were made available until the gambling ban was lifted by the Government in August 1989 and the first gaming location in Moscow was opened.

However, poor regulation, monitoring and control over gambling activities on the territory of the country became the reason why gambling has started causing considerable problems for the Government. This led to massive changes of the Russian gambling laws in 2009.

Gambling activities in physical casinos have been prohibited in the country for half a decade now.

As mentioned above, gambling in Russia is officially legalized in several regions located in remote parts of the country. These regions are: Kaliningrad Oblast, Azov-City (the part of Rostov Oblast was excluded from the list), Altai Krai and Primorsky Krai.

The Primorsky Krai is considered perfectly chosen in order to take advantage of the flourishing Asian market. The region is located close to the Chinese border, which is to provide the local industry with the opportunity to attract Asian high rollers to the region.

There are also plans for a super casino situated nearby Vladivostok that is also aiming at attracting more players to the area.

In December 2014, it became clear that the President Vladimir Putin gave the green light to increasing the number of the regional subject areas, which resulted into including Crimea and Sochi to the list.

Online gambling, on the other hand, is fully banned in the country. The same applies to live gambling activities in the rest of Russia’s territory. The country’s policy does not show in any way that there may be a change in these rules any time soon in the near future.

Currently, gambling in Russia has been a shaky subject, as its unchecked, uncontrolled and poorly monitored rise resulted in great gambling problems amongst the local population and especially among younger people.

In the country, however, there is a federal lottery, which is legal. The lottery offers players the opportunity to wager via two state-run lotteries – Gosloto and Sportloto. Some changes were also made in sports betting market, with the implementation of special licences that were required of operators.

Gambling Regulation and Authorities in Russia

Gambling Legislation in RussiaCurrently, the Russian Government performs the main state regulation of all services and activities related to gambling. There is a federal executive agency that is entitled to perform certain functions in order to monitor standard and legal regulation when it comes to gambling organization.

In addition, other federal executive authorities have some competences associated with control and audit of such activities. Several governmental bodies of the constituent entities of the country have also the authority to perform the functions of gaming zone management and regulation.

According to Russian legislation, gambling activities may be arranged by legal entities, which are registered in correspondence to the rules and procedures implemented by the Russian Federation. No legal entities, which are related to the country itself, the country’s constituent entities or local government authorities are provided with the opportunity to arrange and hold gambling services and operations.

There are four gaming zones formed in correspondence with the laws of the Russian Federation. After the President Putin agreed on increasing the number of the special gaming zones, such are expected to be set up within the Altay, Kaliningrad and Primorie, as well as on the border between the Krasnodar region and Rostov region.

The Government is to have the authority to create and liquidate a gaming zone, as well as affirming ad setting the zones’ names, borders and other characteristics under the terms of an agreement with the government bodies in constituent entities.

The current relevant authorities that are entitled with the general competence over any forms of gambling activities on the territory of Russia are the Government and the Ministry of Finance of the Russian Federation.

The Federal Tax Service of the country is also given some responsibilities to register bookmaking operators, totalizators and betting points. It is also responsible for checking the technical condition of gambling equipment. Some specific responsibilities are also given to some authorities, when it comes to control, monitoring and regulation in the latter’s general competence.

The major legislative act that defines the basics of gambling in Russia and provides regulatory solutions for the gambling services and activities in the country is the Federal Law of December 29th, 2006 No. 244-FZ.

As mentioned above, the Gambling Law calls all kinds of gambling illegal, except for the types that are regulated under specific terms and conditions in especially made gambling zones.

There are also several subordinate legislation enactments that provide better specifications and explanations to the requirements and procedures implemented in the Gambling Law. However, the legislation that is related to lotteries regulation is a separate one. Lottries are regulated by the Federal Law “On Lotteries” of November 11th, 2003 no. 138-FZ.

More than a decade ago – in 2006 – playing games of chance was officially prohibited by the country’s laws. Poker, however, still remains in a grey area because of the discussions whether or not it is a skill or a chance game.

Locally-based players have been able to get access to overseas providers’ websites, no matter of the fact that ISPs have been asked to block websites that are related to gambling. 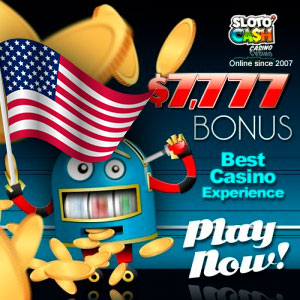